Ọdịnanị, the traditional religion of Igbo people of Africa, is anchored on the sanctity of Anị, the Earth Deity, a creation of Creator Chineke –the Supreme Spirit and the Formidable Force.

Odinani – The Spirituality practices of the Igbo people of Africa is anchored on the sanctity of Earth (Ani), the most sacred and benevolent of all deities in our universe.

My Name is Chinazaekpere Ekeoma and we are here to help join the two half of Africa together through teaching and spiritual works via our almost lost traditional African spirituality.

This way we help both the Africans at homes and Africans in Diaspora to reconnect with their ancestral homeland, our African traditions and culture.

Our work is to restore our ancient Tradition and cultural heritage in its purest form through observing its sacred ordinances and restoring holy settings such as ancient shrines, thereby laying an everlasting foundation for generations of African children yet unborn. 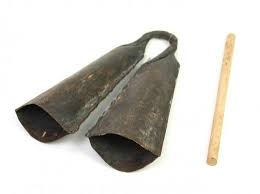 Odinani has monotheistic and panentheistic attributes, having a single God as the source of all things. Although a pantheon of spirits exists, these are lesser spirits prevalent in Odinani expressly serving as elements of Chineke (or Chukwu), the supreme being or high god.

Chineke is a compound word encompassing the concept of chí is the creator (nà) is a verb meaning ‘that’ while ékè means create. Chineke therefore means the Creator or the God that created all things. The concept of Chúkwú (‘supreme chi’) was largely propagated by the Aro-Igbo of Arochukwu in eastern Igboland who wielded much spiritual force over the eastern Niger Delta in the 18th century due to their operating of the Ibini Ukpabi oracle.

Lesser spirits known as ágbàrà or álúsí operate below the high god Chineke and are parts of him divided by gender in his mind. These spirits represent natural forces; agbara as a divine force manifests as separate alusi in the Igbo pantheon. A concept of ‘the eye of sun or god’ (ányá ánwụ́) exists as a feminine solar deity which forms a part of the solar veneration among the Nri-Igbo in northern Igboland. Alusi are mediated by dibia and other priests who do not contact the high god directly. Through áfà, ‘divination’, the laws and demands of the alusi are communicated to the living. Alusi are venerated in community shrines around roadsides and forests while smaller shrines are located in the household for ancestral veneration. Deceased ancestors live in the spirit world where they can be contacted. Below the alusi are minor and more general spirits known as mmúọ loosely defined by their perceived malevolent or benign natures. These minor spirits are not venerated and are sometimes considered the lost souls of the dead.

The number of people practicing Igbo religion decreased drastically in the 20th century with the influx of Christian missionaries under the auspices of the British colonial government of Nigeria. In some cases Igbo traditional religion was syncretised with Christianity, but in many cases indigenous rites were demonised by Christian missionaries who pointed out the practice of human sacrifice and some other cultural practices that were illegal under the colonial government. Earlier missionaries referred to many indigenous religious practices as juju. Igbo religion is most present today in harvest ceremonies such as new yam festival (ị́wá jí) and masquerading traditions such as mmanwu and Ekpe.

If Yes, Please Check Out Our Different Services From Our Shop